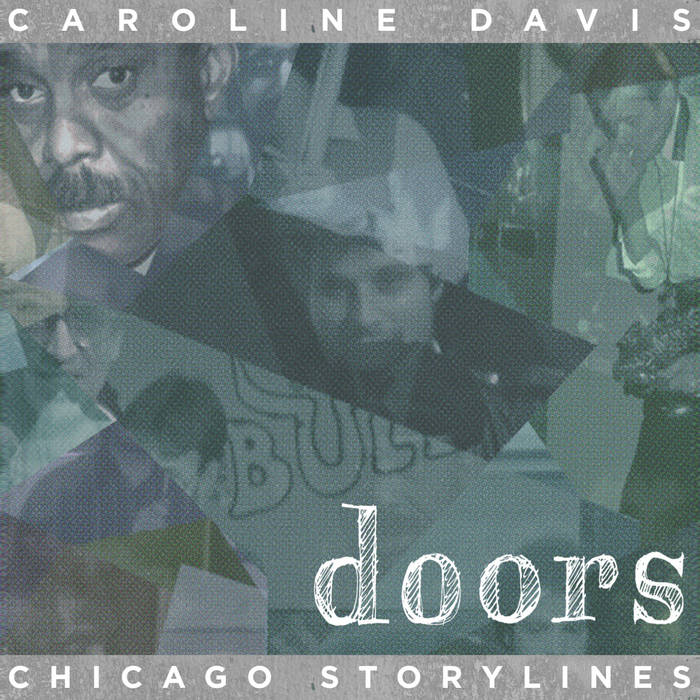 (Note: there are two options - digital-only and physical CD with digital download.)

Acknowledged for the “passion, polish” (Chicago Reader), and “dark-toned” approach (Down Beat) exhibited on her 2012 debut album, Live Work & Play, composer-saxophonist Caroline Davis returns with a new release, Doors: Chicago Storylines, honoring her eight-year stint in Chicago. While Live Work & Play featured some of her earliest compositions in addition to a couple of well-known tunes, the new album reflects a more personal compositional process.

A 2013 transplant to New York’s progressive jazz scene, Davis combines spoken stories and original compositions on Doors. The inspiration first came in 2007 while she was teaching a course on the history of Chicago jazz at Northwestern University. “I found that 1980 to 2000 was virtually uncharted territory for the local scene,” Davis says. “We searched interviews and newspapers far and wide, but they didn’t cut it, so I invited several musician friends to talk about their experiences during that time.” Davis and her students found the stories to be extremely compelling; the effect was so strong that she wanted to highlight them on a grander scale alongside her own musical renderings.

“Jazz is a collection of oral histories,” she says. “We should strive to share more of them.”

On Doors, she pairs samples of musicians telling their favorite stories with her original compositions, some inspired by themes, others by spoken phrases. “Storylines have their own ebb and flow,” she says. “I hear texture, tone, tension, release, and variety in them, and I aim to write my pieces in the same way.” For the album, which was recorded in Chicago in 2013, the band recorded both long pieces and short interludes, uncertain of how it would all come together. But, with the help of masterful engineer Brian Schwab and hours of editing in post-production, the interviews and music melded brilliantly.

Cannibal Corpse's George "Corpsegrinder" Fisher stops by for an interview