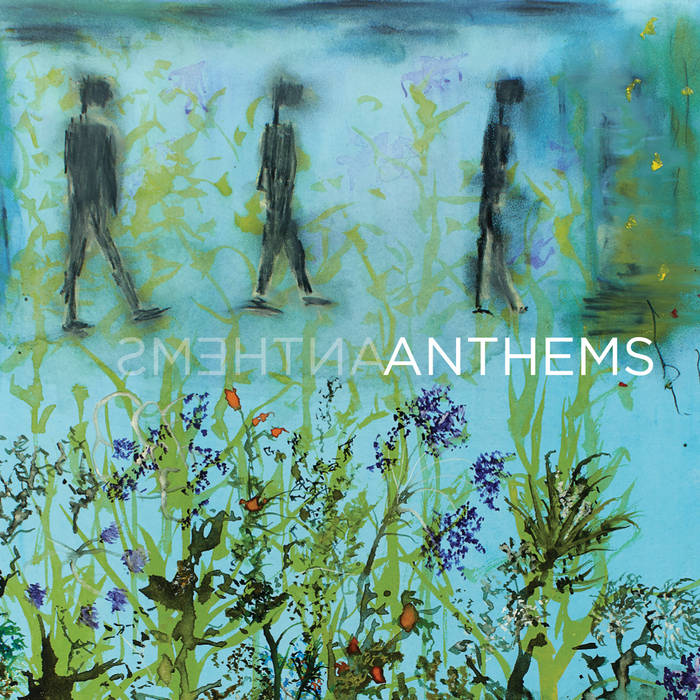 “Could one make this into an inner happening? I mean, suggest, that it is a composition for different voices in the same soul’s concerto grosso?” – Ingmar Bergman on Persona

The name of saxophonist Caroline Davis and pianist Rob Clearfield’s new ensemble comes from the title of Ingmar Bergman’s watershed film, Persona. In the movie, an actress plagued by muteness is put in the care of a nurse, who begins to take on the characteristics of her charge. The underlying narrative of the film raises the questions of whether there are two separate characters or one character with two personalities. Or perhaps these two characters share one common consciousness.

The band Persona’s sound is the melding of Davis and Clearfield’s unique musical identities. The ensemble’s new recording, Anthems, is their declaration of purpose, akin to that of Ornette Coleman’s landscape changing This Is Our Music. While Coleman’s music pursued the path of musical freedom, Persona’s revolution is more in line with creating pieces with strong personal statements, whether they are declarative melodies of urgent lyricism or innovative cyclical rhythmic concepts.

Davis met Clearfield around the time she settled in Chicago to attend Northwestern University. Originally from Oak Park, Illinois, Clearfield had become a regular in the Chicago jazz scene playing alongside artists like Matt Ulery, Patricia Barber, Makaya McCraven and Greg Ward. Although Clearfield and Davis played together in various projects, they rarely had a chance to explore each other's original music amidst the bustling Chicago scene.

It was after Davis moved to New York City in 2013, that an imperative to collaborate became more pronounced. Clearfield had a desire to spend more time in New York and the City has now become a way station between the Midwest and his new home in Paris, France. In 2015, he and Davis began booking shows as co-leaders, in addition to their individual bandleading ventures, and slowly their collaboration became a central piece of their performing lives.

The books of each composer complement each other nicely. Initially, Davis’s pieces leaned toward more melodically driven tunes while Clearfield had a penchant for rhythmic designs. As their collaboration continued to blossom, these tendencies began to switch from one composer to the other, as Davis found herself more and more concerned with rhythmic development and Clearfield with more lyrical realms, creating a perfect allusion to their cinematic namesake.

The personnel of Persona was rounded out with bassist Sam Weber and drummer Jay Sawyer, two Midwesterners from Michigan who Davis had met and performed with regularly in New York. The flexibility and dedication of the musicians allowed the group to pursue musical experiments, from compositional to aural with the addition of Fender Rhodes and electric bass. Clearfield had long been comfortable with electronic keyboards and synthesizers, while Davis began to utilize electronics in her compositions and explore the relativity of attack and decay of synthesized instruments on her saxophone.

The recording begins with Davis’s insistent “People Look Like Tanks,” which is inspired by the arresting images of painter Carlo Zinelli, who struggled with post-traumatic stress disorder related to his experiences during the Spanish Civil War. The piece uses a strident repeating theme in the sax and bass over the piano’s repeating rhythmic figure. Davis’s wistful “Bots” uses an enduring rhythmic cue throughout the piece and is written with Clearfield’s melodic predilections in mind. The saxophonist’s “Anthem” was written in an effort to create a refreshing, rhythmic chant for the whole band. Clearfield brought Eric Dolphy’s intervallic “Miss Ann” to the group as he felt it would give an opportunity to really dig in with the great rhythm section of Weber and Sawyer.

Clearfield’s through-composed “A Soothing, Melancholy Breeze” was inspired by the romantic composers Brahms and Chopin and written as a lyrical interlude for Anthems, providing a contrasting texture in this expressive duet with Davis. Originally written by Clearfield during a sleepless, jetlagged night as a piece for solo guitar, the moving “Green” works perfectly in a jazz quartet setting, while “Anthem (reprise)” returns to “Anthem” at a slower tempo and with electric instruments, showing two faces of the same song.

The pianist’s epic “Secrets” seeks to find the middle ground between his loves, namely Romantic classical and Black American musical styles, which becomes a gorgeous piece with a wide-range of emotion, from staid to exuberant. Davis worked a long time on “Lithe,” a piece she aimed to mirror the variable gestures of dancers, with unnatural phrasing and jerkiness creating a new language of movement.

The imaginative partnership of Caroline Davis and Rob Clearfield in their new ensemble Persona and the group’s diverse collection of pieces on Anthems are strong representations of the brilliance that can be achieved when two minds work as one.

Cannibal Corpse's George "Corpsegrinder" Fisher stops by for an interview